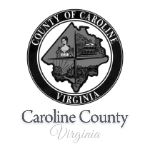 Meadow Farm was owned by Christopher Chenery. Meadow Farm was a growing stud farm and race horse breeding operation that also produced Riva Ridge a year before the birth of Secretariat. Riva Ridge went on to win two of three Triple Crown races in 1972. By this time, the management of the Meadow operation was taken up by Penny Chenery, daughter of Christopher Chenery.

The name "Secretariat" came from a suggestion made by Mr. Chenery's long time Secretary, Elizabeth Ham, who had earlier worked for diplomat, Norman Davis. Ms. Ham worked for Mr. Davis when he served at the League of Nation's secretariat. The name was accepted by the Chenery's and the newly foaled horse became Secretariat.

Ms. Ham also made Secretariat's birth record in the farm book: "Three white feet - a lovely colt." Lovely was underlined twice. Secretariat had three legs with white below the knees - stockings - with the front left foot the same striking reddish brown as the rest of his coat.

Secretariat, by his 3rd year, had grown to a powerful 16.2 hands weighing 1,200 pounds. Even great horses like Secretariat require the best care and training to become Triple Crown Champions, and Meadow Farm was staffed by skilled and dedicated people who made Secretariat a winner. Penny Chenery Tweedy owned the farm and directed operations. Veteran Trainer, Lucien Laurin developed the program that transformed the horse into a racing great. Jockey, Ron Turcotte rode Secretariat with sensitivity, strength and skill. Eddie Sweat was the Groom that looked after Secretariat's daily needs and Jim Gaffney and Charlie Davis were Secretariat's exercise riders. It was Jim Gaffney that nicknamed Secretariat, "Big Red".

Both Jim Gaffney and Ron Turcotte have returned to Caroline over the last few years to help celebrate Secretariat's birth and racing successes at a number of public events.

Secretariat's career was unmatched. His list of successes tell the story:

Secretariat succumbed to a hoof illness in 1989 while in retirement in Kentucky.

The standard of excellence in thoroughbred racing has been set by Secretariat. There have been few Triple Crown winners since 1973 when Secretariat established the track records, and Secretariat's records remain intact. Recent Triple Crown races have featured excellent horses that have fallen short of winning all three races. The rarity of winning a Triple Crown and the high physical price sometimes paid by a fine horse striving to win the progressively longer races make plain the great achievement of Secretariat.

Caroline County honors Secretariat and has in recent years attempted to celebrate his life and achievements.

Caroline has hosted celebrations with honored guests from Secretariat's career. Ms. Penny Chenery has been gracious and generous with her time to visit and celebrate in Caroline. As well, Ron Turcotte and Jim Gaffney have become good friends of the County and staff through their visits. Caroline has come to know celebrated authors, Bill Nack and Raymond Woolfe whose books are referenced below. Meadow Farm staff have been hosted by the State Fair.

In 2003 the Caroline County Board of Supervisors enlisted the help of Bill Nack to draft a resolution honoring Secretariat's 30th Anniversary of winning the Triple Crown. The resolution was offered to the Commonwealth of Virginia General Assembly to give all of the Old Dominion the opportunity to celebrate thoroughbred racing's greatest champion, a Virginia horse, Secretariat.

The Virginia General Assembly passed House Joint Resolution Number 69 on February 13, 2003 honoring, "Secretariat on the 30th anniversary of his Triple Crown triumph and recognize his remarkable lifetime achievements and contributions to the equestrian sport, which provide a legacy for the future..." The resolution was sponsored by Delegates, Orrock, McDougle and Pollard, and Senator Bolling.

Meadow Farm, Secretariat's birthplace, has been preserved from residential development through the purchase of the property by the State Fair of Virginia (Atlantic Rural Exposition). Now known as The Meadow Event Park, the land will be kept intact and dedicated to the Commonwealth's Agricultural Fair with an expanded equestrian component. Moreover, through working with the County's Board of Supervisors, the Event Park will develop displays to keep the legacy and legend of Secretariat alive in Caroline County and Virginia. Those who appreciate the great champion should visit Caroline County and the Meadow Event Park. (Contact information is on this website.)

"Secretariat", starring Diane Lane and John Malkovich, with a cameo appearance by Penny Chenery Tweedy, is a heartwarming story about the horse, the family and the farm.  Released by Disney in 2010, this movie captures the surprising story of this remarkable owner and horse!  http://movies.disney.com/secretariat

For those who would like to know more about Secretariat, Caroline County staff recommends two books:

Both are exceptional works.

Please visit our other pages on the website, especially our Visitors pages for upcoming events and attractions.

Department of Economic Development and Tourism